Review Us At These Locations

Read Some of Our Rave Reviews! 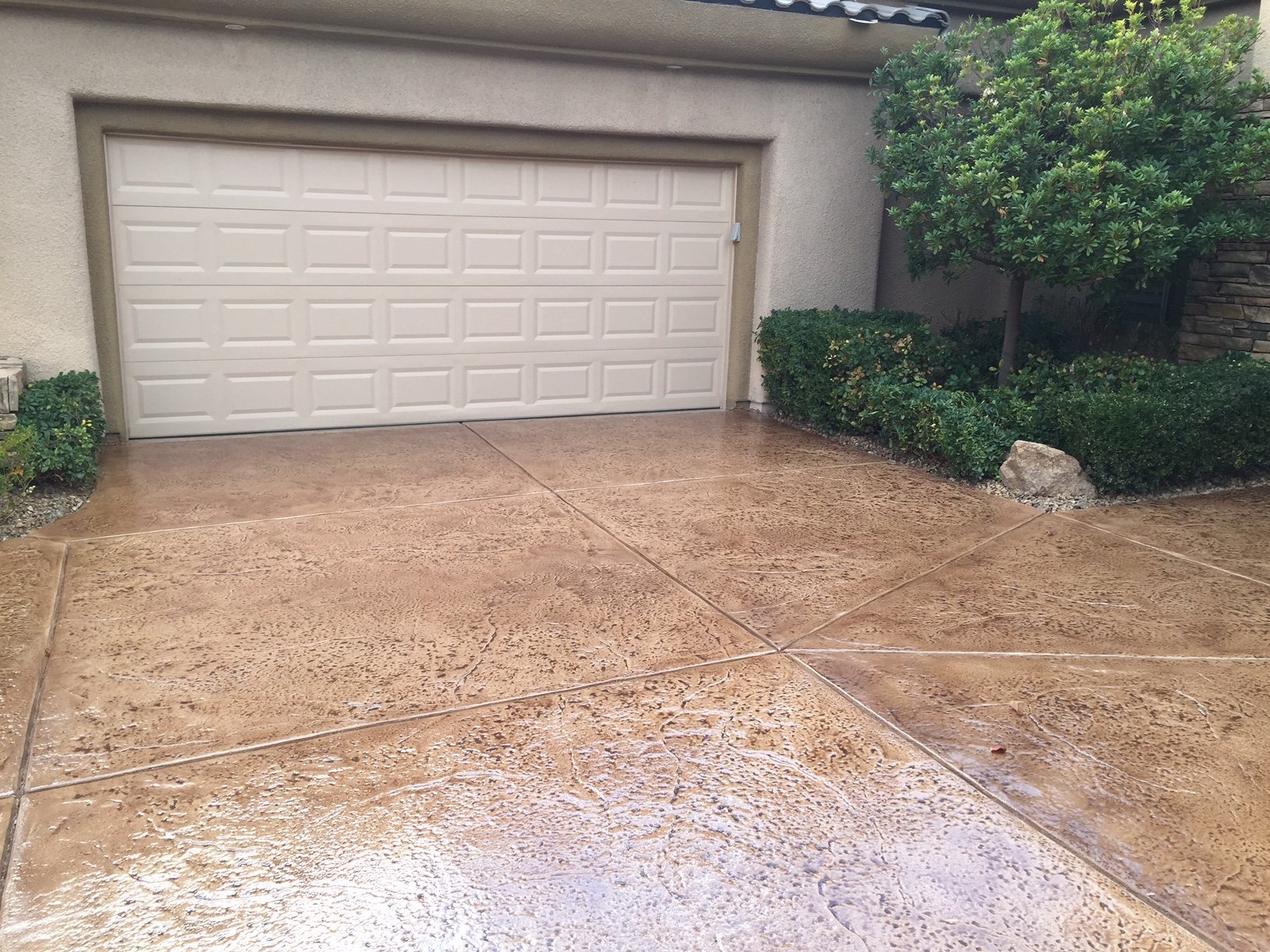 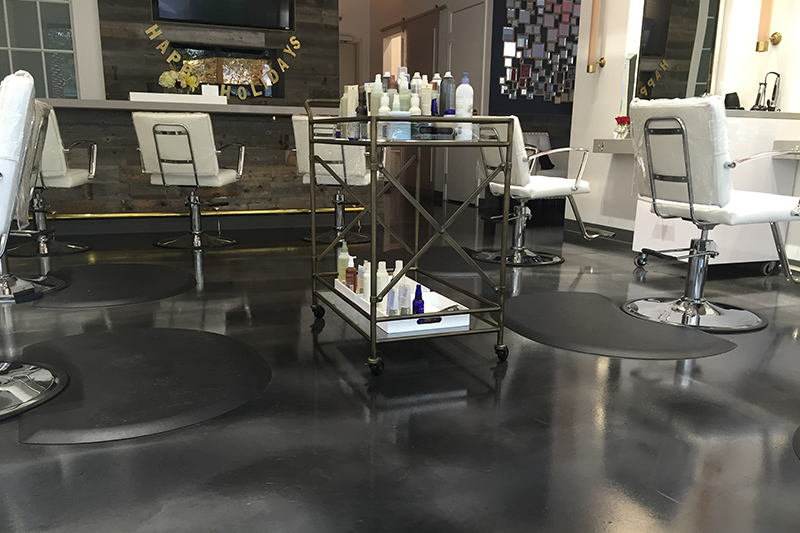 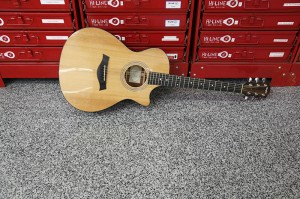 “They took my drab and dreary garage floor and turned into a piece of Art! Beautiful job! Fast and friendly workers! Reasonable price!” 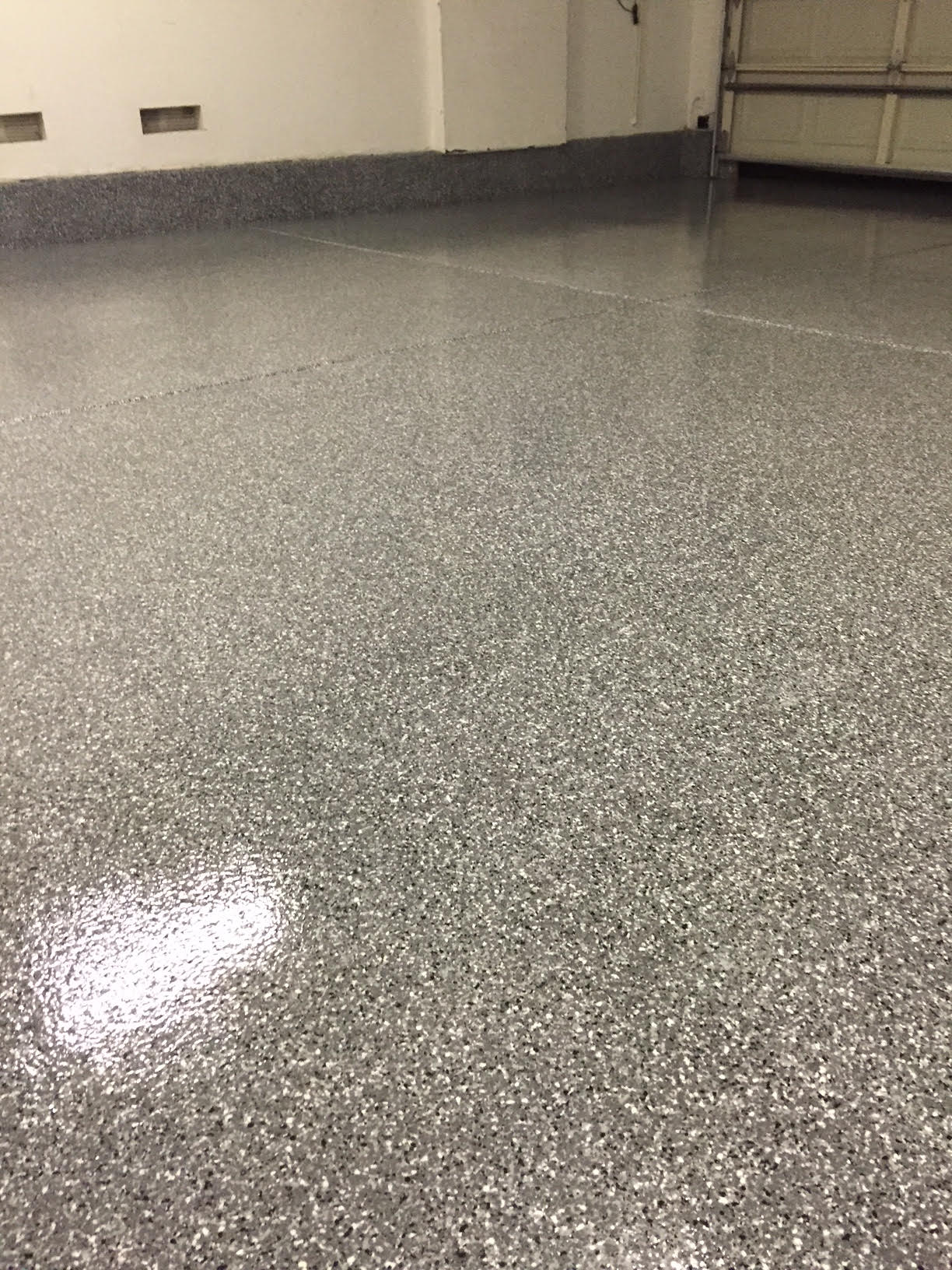 “He inspected the garage floor and gave me a detailed description of what he would need to do and how long it would take and cost. We scheduled the project and changed the date once because of the holiday.  His men were prompt and worked steadily throughout the two days. One crew ground down the flaking surface of the old concrete, patched cracks, and deep cleaned the entire surface. After time for drying, they put on the base coat, paint, flakes, etc. They scraped the surface when dry and cleaned up the loose flakes. The second day the top sealer was applied and left to dry. I had some concerns about coverage and the crew came back promptly and put another full coat on the floor. It is beautiful and everything I hoped for.” 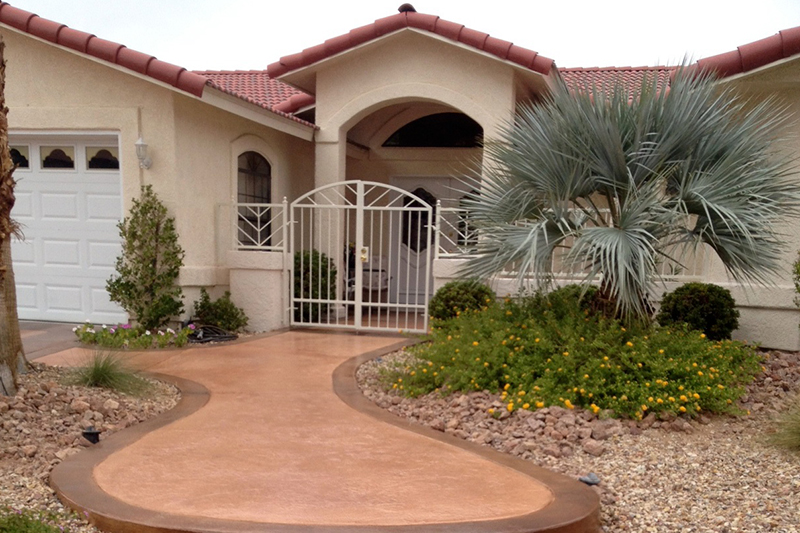 “OUTSTANDING! Was on time with everything. Delivered what was promised. Great work and would use again without question.” 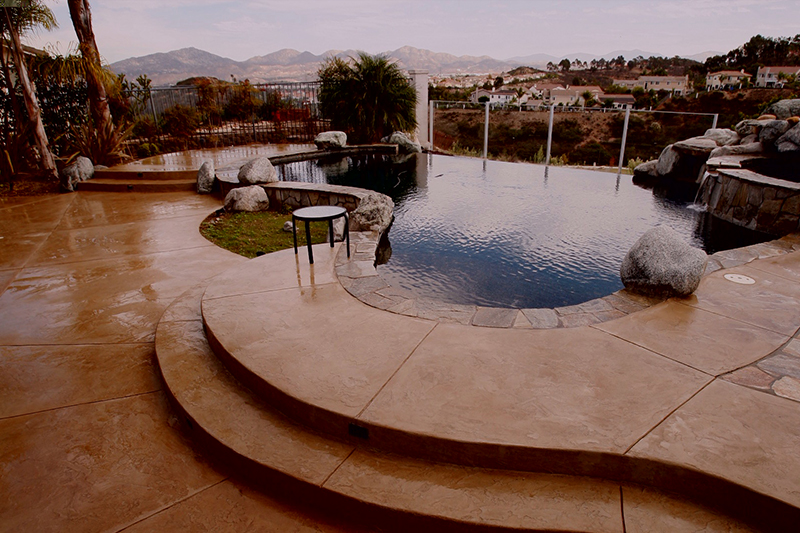 “The workers arrived as scheduled and did a great job. There were a few a few minor issues with cutting the concrete and the drainage seams but as soon as I brought it to their attention, they fixed everything. The guys were professional and friendly.” 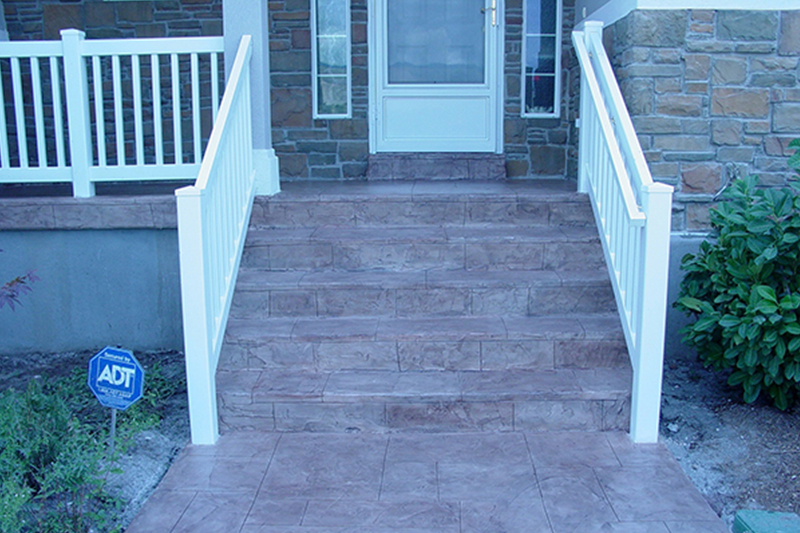 “The salesman who provided the price quote was diligent in his measurements, and was careful to listen to that which we were trying to accomplish.  He provided us with a variety of alternatives, as well as the cost of the alternatives.

Once we selected the process that suited us best, he explained what would be involved in the surface preparation and the application of the materials.  He also was diligent in explaining the precautions that we would need to take during and after the process.The contract that we signed was fair and reasonable, and the down payment was minimal.  The work was scheduled at our convenience and the work was performed promptly……according to schedule.

The project supervisor reviewed with us the work to be performed before the work commenced.   He also confirmed our color choices before the work began.  He let us know what we could expect in terms of inconveniences and the efforts they would make to minimize dust and damage.”

The work crew did an excellent job of masking off the perimeter and covering anything subject to potential damage.

Every one of the Concrete Texturing employees, from the salesman, to the project supervisor, to the craftsmen were very professional in everything that they did.

The finished product exceeded our expectation.  We would have no problem recommending Concrete Texturing to our dearest friend! 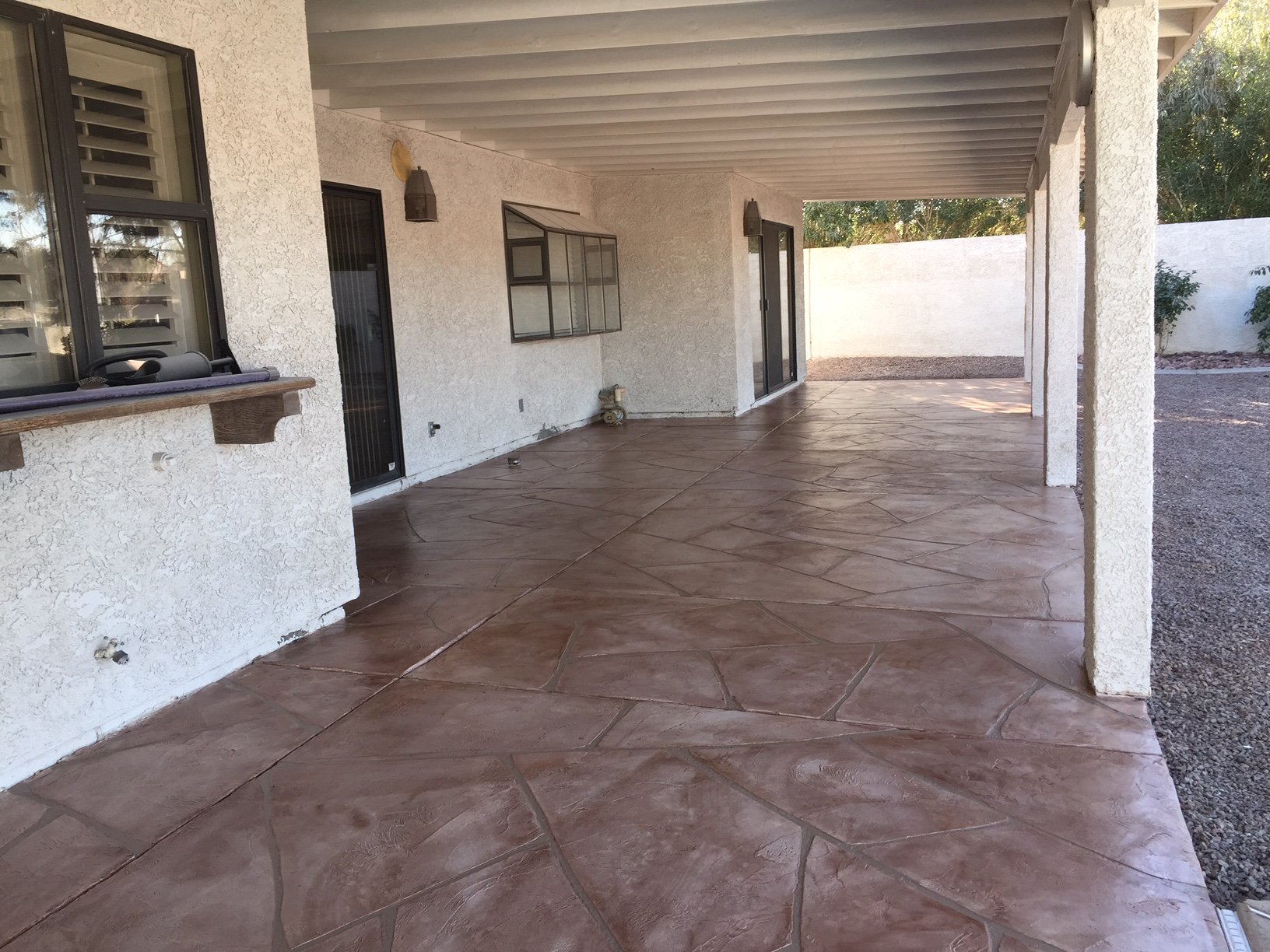 “On top it looked exactly like the color we wanted. The crew came out on time and powered washed all areas to be colored and sealed. Area was scraped so color would hold better next a type of primer went down since we were changing color. A picture was taken of the color we wanted. As the color was being put down it did not look like what we wanted, but after the second coat of another color went down it was exactly what we had wanted. The next day the crew came back and asked if we wanted any change to the color we said no and the area was sealed with acrylic and then that was sealed with a polyethylene sealer. The finished product was amazing.” 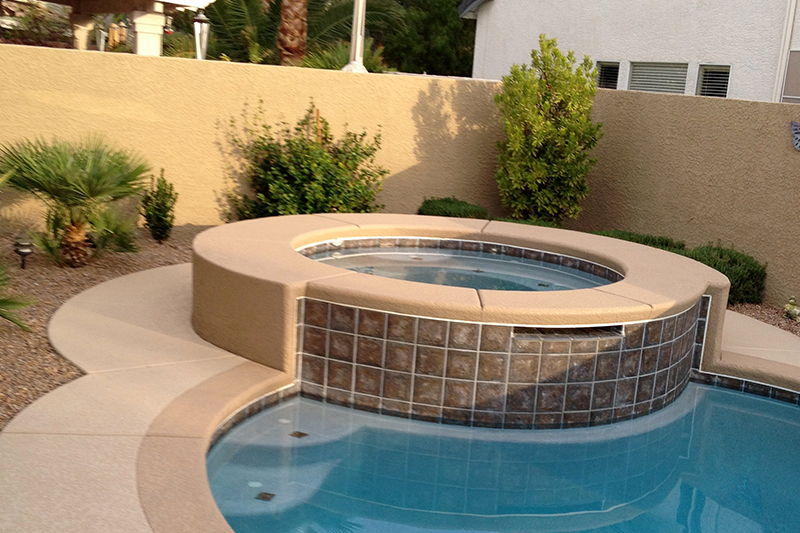 On March 26, 2014 we had Concrete Texturing fix our back yard patio because it had some holes in it and the cool decking was wearing thin around the pool. We have to say they did a wonderful job of fixing it. It looks just like new and the great workers took care of every detail. We are very very pleased with the company and would recommend them. 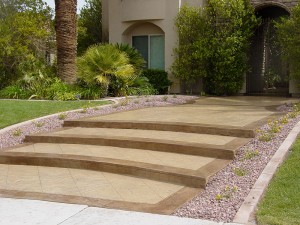 “The company did an excellent job, darkening and blending the colors to our satisfaction. They even came back and did a few touch-ups. They were obviously interested in customer satisfaction. We were very pleased with the results. I would recommend Concrete Texturing to anyone who wants to enhance the appearance of their concrete.” 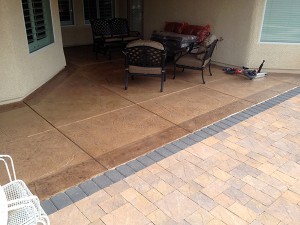 “These guys are great. I had a small job, but they treated it like it was important. Very efficient. On time. High quality work. They were willing to pause a couple of times during the job to show me how the color stain was turning out so I could ensure it was the color shade that I had in mind, and they added a little more of this or that color to achieve the desired shade. Highly recommend them.” 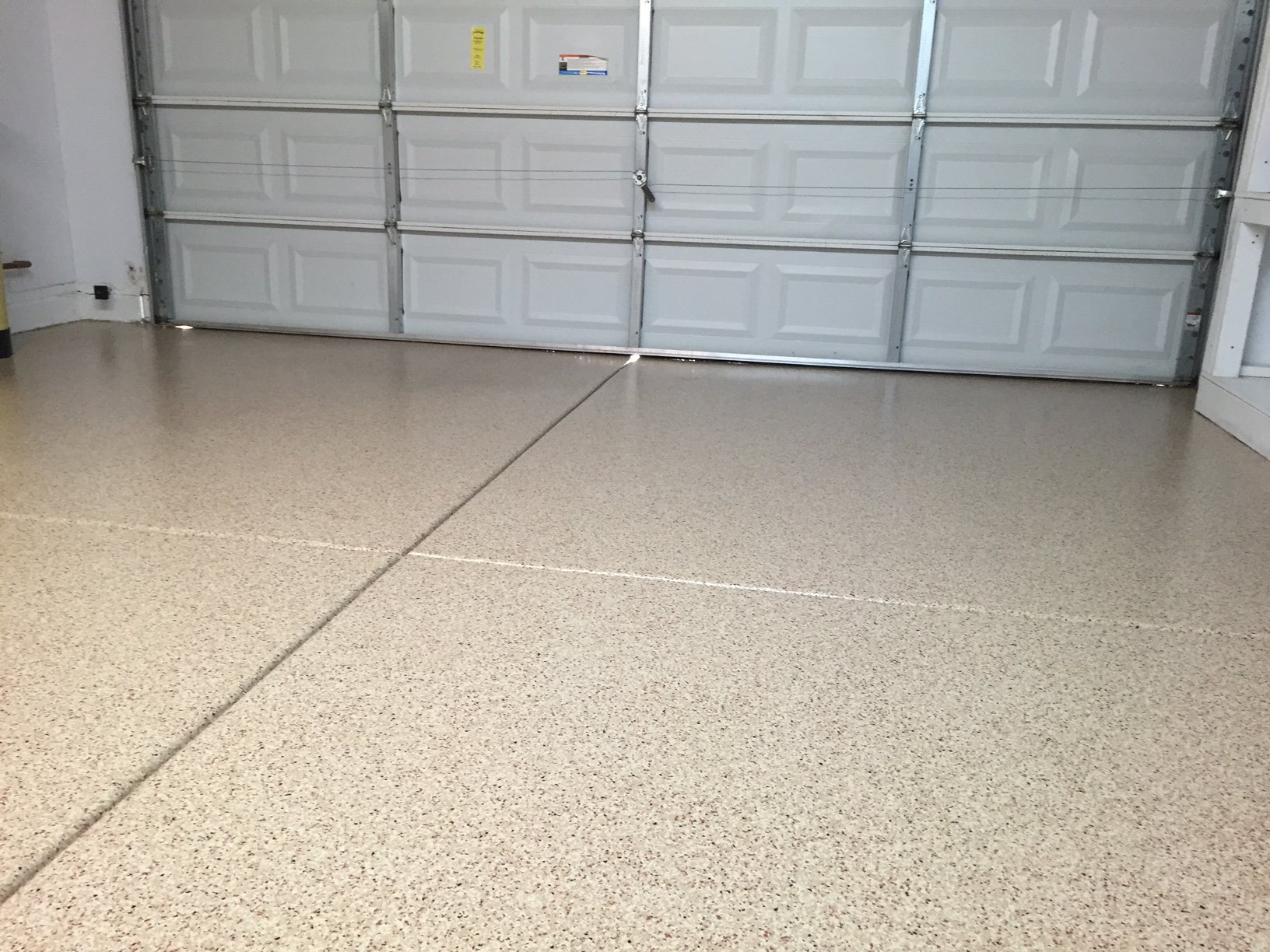 “They were very good to work with and did a great job. I have referred them to several people so I was pretty happy with them. Their pricing was good. I was extremely happy with the quality of the garage. I would use them again in the future.” 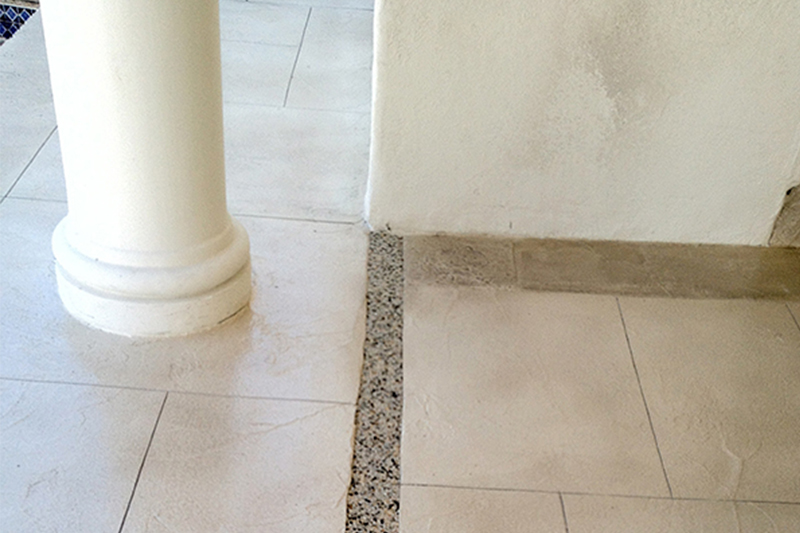 “The guys that came out to do the work were all sweet, kind, and courteous. They are meticulous hard workers. They really wanted to make sure it was done right. They do a really great job.”

We're currently offline. Send us an email and we'll get back to you, asap.