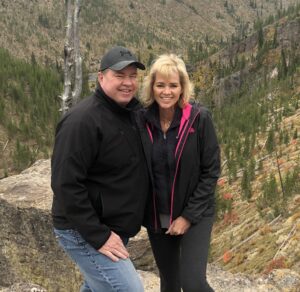 After his recognition as a High School All-American Athlete, Tim Matthews attended the Air Force Academy Preparatory School, where he played as a starting guard for their basketball team in 1981/1982. He later moved to Arizona, receiving his Bachelor’s Degree in Business Administration at the University of Arizona in 1988. Tim went on to obtain his Master’s Degree in Organizational Management from the University of Phoenix in 1993.

Tim’s experiences and education helped him navigate the challenges of starting and growing two successful start-up organizations: Signal Gates and Concrete Texturing. At the onset, Tim started out with limited experience in each of the businesses. But his abilities to learn on the fly and form structure from chaos powered him into creating enduring products and companies.

The Beginning of Concrete Texturing

Once Tim learned about concrete overlay systems, he was fascinated by the process and products. After further research, he established Concrete Texturing in 1998. During his research and training, he learned the spray texture method from a company in Florida. They felt that this method was the only way to do it. However, his inquisitive nature spurred him to discover innovative application techniques, improving upon methods that the manufacturers promoted.

He quickly built a reputation for high-quality concrete installations far superior to what anyone else was offering. Customers loved his honesty, timeliness, and follow-through — uncommon traits among contractors. Referrals from customers became a big part of Concrete Texturing’s growth.

Tim has proven to be an effective leader and visionary for Concrete Texturing, creating an exceptional product delivered with integrity and high-quality service. As president, he employs a broad range of business skills, including manufacturing, installation, sales, marketing, financial management, purchasing, inventory control, and product design. He can often be found at the job site talking to customers and employees and has created a team that executes unique, cost-effective concrete installation techniques that leave customers highly satisfied.

Married to Danette Matthews since 1986, Tim has three children and four grandchildren. He’s been actively involved in the community in a number of ways, including:

We're currently offline. Send us an email and we'll get back to you, asap.